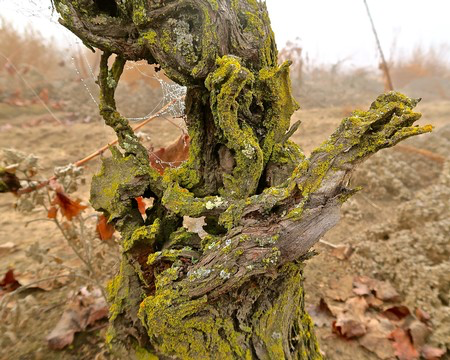 In the May 2022 issue of America’s leading wine industry magazine, Wine Business Monthly, the cover story—festooned by a photo of a classic, 121-year-old Lodi old vine Zinfandel plant—is entitled, Preservation Programs Around the World Work to Save Old Vines.

The author writes, on efforts to save older vines all around the world:

… the best efforts to protect old vines come from initiatives led not by trade associations or government organizations, but by winemakers, journalists and even consumers. There is now an international Old Vine Conference in the United Kingdom. California has the Historic Vineyard Society. But these efforts are led by volunteers. While government organizations sometimes offer funding for viticulture under the general rubric of agriculture, support for old vines is rare.

The big wineries didn’t want [the Historic Vineyard Society] to happen,” said Tegan Passalacqua, winemaker at Turley Wine Cellars and an old-vine advocate. “They like paying not so much for old-vine grapes.

Ironically, of course, the rarer old vines become—the Historic Vineyard Society defines “old vine” as anything older than 50 years—the higher the price of their grapes, which would not be to the advantage of big wineries. In Napa Valley and Sonoma County, for instance, where grapes such as Cabernet Sauvignon, Pinot noir, Merlot and Chardonnay dominate vineyards, the far fewer plantings of classic old vine varieties such as Zinfandel now top $4,500/ton. For wineries purchasing these grapes, this translates into a minimum of $45/bottle by the time a wine hits a retail shelf.

In Lodi, which still produces approximately 40% of California’s entire Zinfandel crop each year, grape prices are still less than half of Napa’s or Sonoma’s for the simple reason that top quality grapes, from both young and old vines, are far more plentiful. Hence, Lodi growers can profitably produce grapes for bottles priced anywhere from $12 to $40 dollars. And face it: The vast majority of wine consumers would rather pay $15 to $25 for a bottle of Zinfandel than $45 or $75.

Here’s the rub: It is well known that from the perspective of pure quality, the finest Zinfandels come from older vines. There are, of course, exceptions. There are some primo sites in certain parts of Lodi where top quality Zinfandel is being produced from vines less than 40 years old. Excellent examples include the Mikami and Maley’s-on-Lucas Road vineyards on the west side, and Cemetery Vineyard and Mettler Family’s HGM Vineyard on the east. All the same, it’s after 50 years of age that Zinfandel plants develop a deep enough root system and thick enough trunks and spurs to produce the finest and most  consistent high quality wines. For grape varieties such as Carignan, vintners cite 75 or 80 years as the length of time before vines produce optimal quality.

There’s no real science behind these estimations. Wine quality, as everyone knows, is a perceived assessment. In an interview during Zinfandel Advocates & Producers’ annual grand tasting in San Francisco in 2018, Passalacqua explained this sensory phenonmenon:

We [Turley Wine Cellars] are one of those wineries that goes through the tedious process of picking young vines separately. Most wineries bottle old vine Zinfandels from vineyards with at least 20% replants [i.e., younger vines planted in vineyards to replace dead old vines]. But they just pick the whole field, and their vineyard management teams want them to do it that way. We pick separately, so that actually gives us a true standard that we can test. We have wines made from old vines, and wines made from young vines, and we KNOW there’s a difference. We have worked with just one vineyard in Napa Valley where, in some years, the young vines could be of the same quality as the old. But that’s out of working with 50 vineyards throughout the state.

That said, we would contend that the preservation of old vines in the Lodi appellation would be to the beneficial to all wineries, big and small. While large scale wineries would prefer lower priced grapes in order to profitably produce wines retailing between $8 and $18, quality is still a priority. In that price range, the average consumer often bases buying decisions on “comfort” brands—labels that the consumer feels will deliver a consistent level of quality. In order to remain competitive, wineries need grapes that meet consumer expectations.

Here in Lodi, the best way we know to keep older vines in the ground is to recognize, and celebrate, these vineyards. The only reason why vineyards survive 50, 75 or over 100 years is because they are valued—by owners, caretakers, wineries, at least someone. A classic example is Lodi’s oldest vineyard, called Bechthold, consisting of 25 acres of own-rooted Cinsaut that were planted in 1886 for a Stockton winery (called El Pinal) that went out of business during the 1920s. By the early 2000s, Bechthold’s owners, Al Bechthold and Wanda Woock, fully acknowledged that it was costing them more to farm the vineyard than what they were getting for the grapes. But the vines remained in the ground, primarily for sentimental reasons—it was the first vineyard planted by Woock’s great grandfather, Joseph Spenker.

The Bechthold Vineyard, however, survived because it was eventually “discovered” by a number of small, specialty producers who came to value the soft, round yet spicy scented reds and rosés produced by these ancient vines, and they were willing to pay four times more for the fruit. The vineyard became so well known that, in 2014, the California State Fair named it the state’s “Vineyard of the Year.”

As the years go by, more and more of these special, old vine growths are beginning to be recognized. Many of them (not all) now go into bottlings with their vineyard designations clearly stated on the label. The more this happens, the more consumers, trade and media are able to distinguish and appreciate the sensory qualities unique to these particular vineyards. Getting to know the unique taste of each of these old vine vineyards only increases their value, thus their chances of survival.

By the same token, in order for Lodi to continue to be recognized as the home of more old vine plantings than anywhere else in California, we all need to better appreciate these special vineyard; and loudly demonstrate it, with our wallets!

Please note, in the following listing we are defining “west” vs. “east” sides of Lodi by the historic Central Pacific Railroad tracks (now utilized by Southern Pacific Railroad and Amtrak) that runs north-south through the center of the City of Lodi. This demarcation correlates with the observations of most old-time growers, who find sandier, almost beach-like variations of the classic Tokay series fine sandy loam soil on the east side, as opposed to loamier variations of the same soil on the west side (for more details, see our post Direct impact of east vs. west side terroirs on the taste of Lodi Zinfandel).

Part 1 (listing west side growths) of our accounting of Lodi’s special old vines, here in 2022:

At the center of the Jessie’s Grove estate is a second notable block of own-rooted, spur pruned Zinfandel planted in 1941 called Westwind Vineyard. It is bottled by Jessie’s Grove as a vineyard-designate wine, producing a classic, full-bodied, dusty/earthy nuanced style of west-side Lodi Zinfandel. Most of Westwind’s Zinfandel goes into Bogle Vineyards reds.