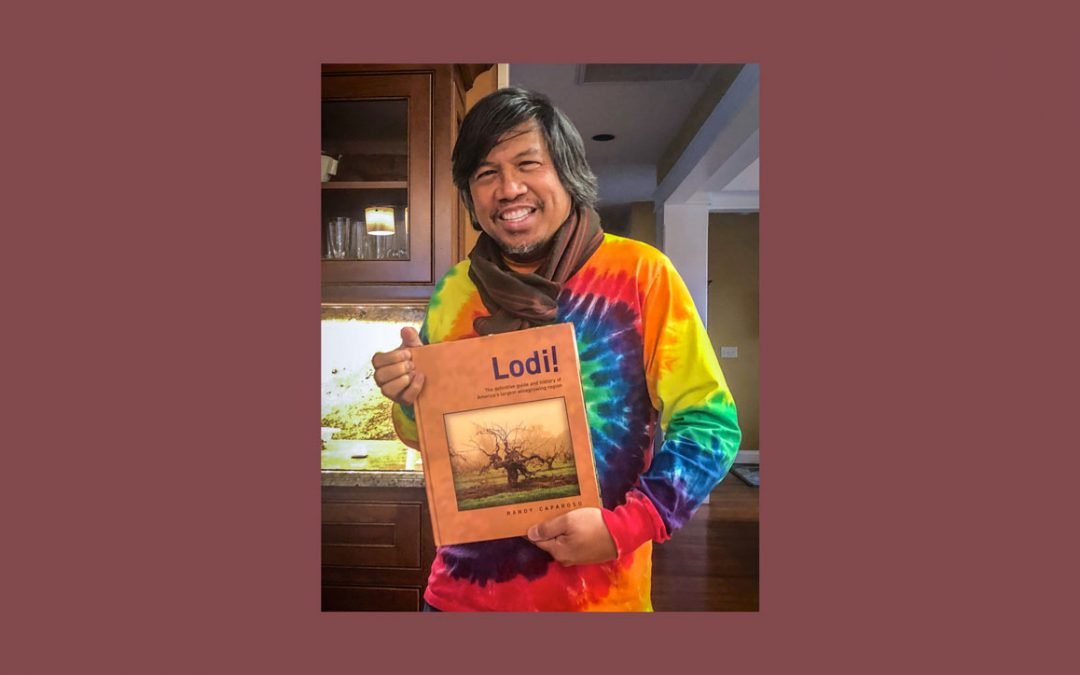 If you are interested in the ins and outs of the winegrowing industry in Lodi or just love wine, a first-of-its-kind book would be a great addition to your collection.

Randy Caparoso’s “Lodi!” is a 409-page book that details the history of the appellation, the varietals grown here, the soil and climate.

The book is comprised of information and data Caparoso compiled over more than a decade as the social media director and blogger for the Lodi Winegrape Commission, and took about two years to put together.

“During the early parts of COVID, just like everyone else, I found myself with a lot of extra time,” he said. “And I realized I had the perfect way to fill it. I thought Lodi had always needed a book, and wanted to write one where people wanted to know about the region, it’s history, it’s culture, and things like that.”

Because he had all the information stored through his blog, Caparoso only spent about four months actually writing. The rest of the process was spent editing, proofreading, and selecting photos, of which there are about 450.

The book is divided into six main sections, from “The Many Sides of Lodi” to “Why Lodi Rules (Culturally and Sustainably)” to “Zinfandel and Heritage Vineyards.”

Caparoso said it can be considered a coffee table book at 11.5 inches by 9.75 inches, but it can also be a great source for research.

“It’s written to be a scholarly-type of book so people who want to learn about the region can learn about the region, and grape varieties, soil, climate. It goes into great detail to explain all of that,” he said. “But it’s also a fun book for people who love wine, and might enjoy Lodi wines. It’s a chance to revisit a favorite subject, just like when you listen to a great piece of music or watch a movie.”

While Caparoso has been a Winegrape Commission blogger for the last decade, the organization had no part in its creation.

But, executive director Stuart Spencer said it is a good reflection of 12 years of work Caparoso completed writing about Lodi wineries and what they have to offer.

“I think it’s a very comprehensive look at the Lodi wine region,” he said. “Randy put a lot of work into it. It’s definitely something for anyone with an interest in Lodi and wine.”

A native of Hawaii, Caparoso has had a long career in journalism, photography and the restaurant industry.

He started as a sommelier in Honolulu in 1978, then became a founding partner, vice president and wine director of the Roy’s family of restaurants a decade later.

He’s currently the editor-at-large and columnist for The SOMM Journal.

There are only 1,000 copies of “Lodi!” in print, and are available for $60 at the Lodi Wine and Visitor Center at 2545 W. Turner Road, or online at kitchencincopress.com.

If the book is popular enough, Caparoso said more copies will be made available.

“This book, in a lot of ways, is what I think of as a gift to Lodi,” he said. “Since I moved here, all I’ve felt is that I’ve been welcomed by the wine industry. This is, in a way, because they’ve never had a book written about them, in my mind, it’s a gift to a wonderful community that welcomed me.”